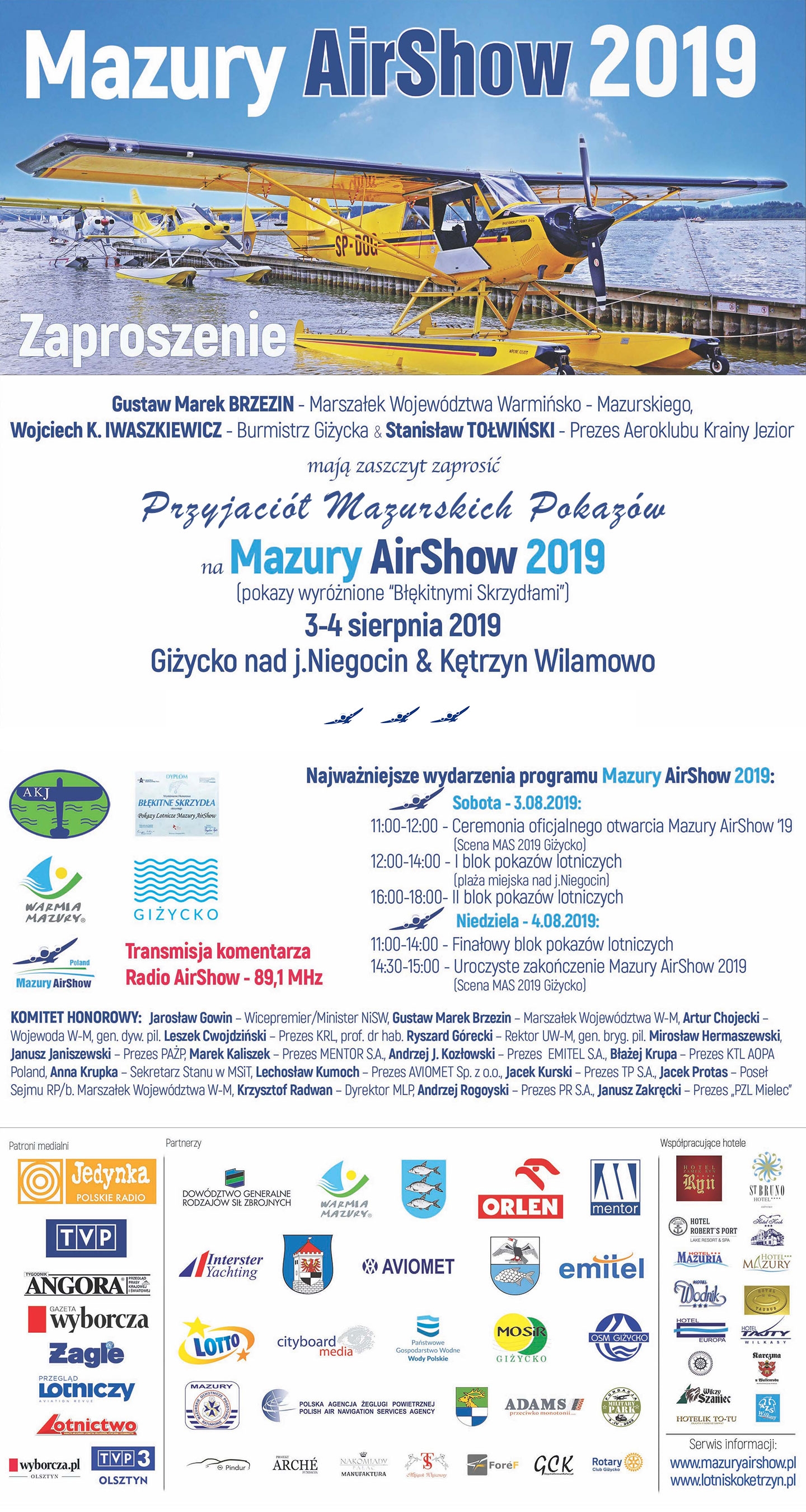 I invite you to our promotional stand for "Lotnicze Mazury" on 03.-04.08.19. The biggest event will be already "XXI International Meeting of Friends of Aviation and Masuria", whose traditional finale will be the only aviation demonstration of this type in Europe named Mon. "Mazury Airshow 2019" (on 3-4.08.2019), implemented on the water and on the Niegocin lake with the participation of seaplanes.
http://mazuryairshow.pl/category/atrakcje/
TS-8 Bies - Polish training and training plane, produced in PZL plants, used in Polish aviation from 1957 to the 1970s.
AH-64 Apache - only at Mazury AirShow
Administrator 29 July 2019 09:09
Attack helicopter of the American army, in the configuration of tandem seats (one pilot after the other) designed to combat armored weapons and support land troops
Lockheed C-130 "Hercules" The greatest Polish transport aircraft Lockheed C-130 "Herkules will appear at the shows. The plane will arrive from the 3rd Aviation Transport Wing in Powidz.
And many more, we invite you to our stand to see. Http://mazuryairshow.pl/category/atrakcje/